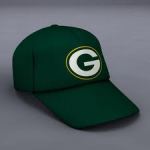 You’d think someone who spent a significant chunk of his life in Wisconsin, met his wife there and has two cheesehead children would be backing the Green Bay Packers in the NFL playoffs. But that’s not the case with me.

I tried to like the Packers when I lived in Milwaukee in the late 70s and early 80s. But I just couldn’t bring myself to do so. My allegiance to the Browns was still strong then, and the Packers under coach Bart Starr stunk.

I’d prefer that the Packers beat Atlanta today, my only connection to the Falcons being that I played on a grade school flag football team named for the 1966 expansion franchise. If the Packers lose, I’ll be a bit disappointed but won’t really care.

So who will I back? Certainly not the hated Steelers or ex-Browns Ravens. I tilted toward the Giants when I worked in New York, so forget the Jets and the Patriots. I had Seahawks’ season tickets for four seasons but today’s team leaves me cold.

Which leaves the Packers’ ancient rivals, the Chicago Bears. And I’m hoping they win it all.

The Bears have every bit as great a tradition as the Packers, and Chicago is a manly city full of passionate fans.  For this batch of playoffs, Da Bears are my team.

One thought on “Try as I might, I can’t get behind the Green Bay Packers”